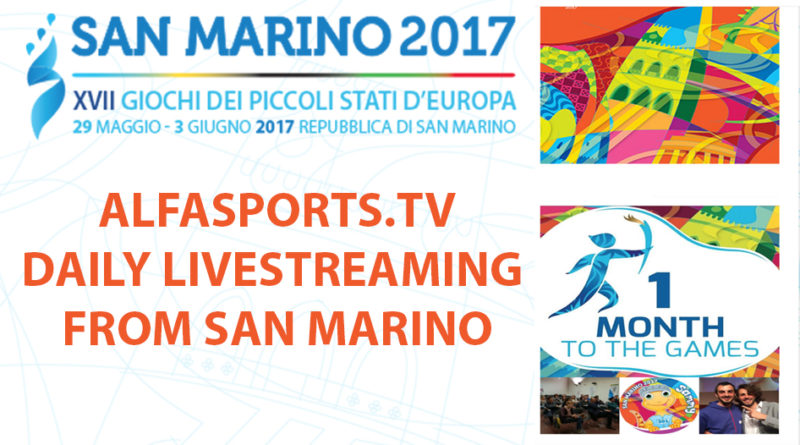 LIVESTREAMING
April 30, 2017 UnitrustMedia Alfasports.TV will LIVE stream every day The 17th GSSE that will take place from 29 May to 3rd June 2017 in San Marino!, For first time in Cyprus

For first time in Cyprus, Alfasports.TV will LIVE stream every day The 17th GSSE that will take place from 29 May to 3rd June 2017 in San Marino!

Thanks to the great support of The Cyprus Olympic Committee and our main sponsors, AlfasportsTV production team travels to San Marino to make you witness one of the biggest events in the sports life of Cyprus – The 17th Olympic Games of the Small Countries.

Soon will be published the program of the livestream!

The 17th GSSE will take place from 29 May to 3rd June 2017. The National Olympic Committee confirmed the new dates for the next edition to be organised in 2-year time on the San Marino smallest and oldest Republic, an enclave on Italy’s Easter coast. The decision was taken during the GSSE General Assembly, which was held in Reykjavik early this month at the end of the very successful Iceland Games.The 9 smallest countries in Europe – Andorra, Cyprus, Iceland, Liechtenstein, Luxembourg, Malta, Monaco, Montenegro, San Marin – also confirmed the dates for the 18th edition – 3/8 June 2019 – to be organised for the very first time by the NOC of Montenegro, last country to join the group upon its official recognition by the IOC in 2007.The Games will return to Sam Marino – one of the founders of the Games – for the third time, after the first 1985 edition and in 2001 .
www.sanmarino2017.sm

There is still time until we close the application for sponsors. If you are interested to connect your business with the support of Cyprus sports please give us a call CONTACTS or mob +357 96364010

The OPAP Limassol Marathon GSO is the largest sports event in Cyprus featuring six races and four parallel events! For its 13th edition, which will take place on the 23rd and 24th of March 2019, an estimated of 15,000 runners is expected to run along the Mediterranean coastline of Limassol!